A sure sign of spring is when the Mallard ducks arrive on the park pond in my backyard. This year, a female Hooded Merganser showed up too. According to whatbird.com, it’s not unusual to see them in Iowa during summer breeding season. 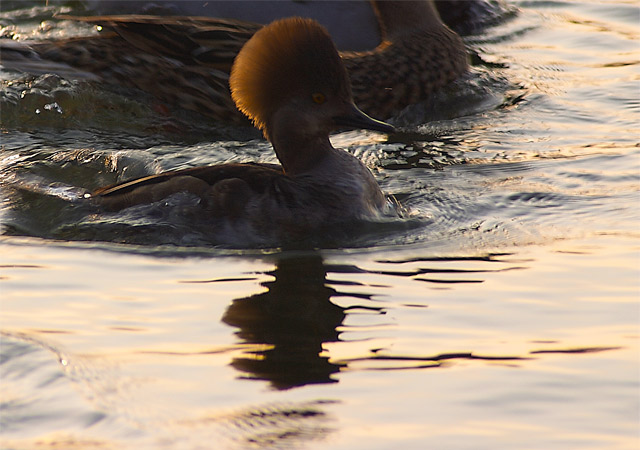 This female is the only one in the pond and seems to be trying to chum up to the Mallards. I check daily to see if a male shows up. That would be spectacular since their black and white coloring is so unique. 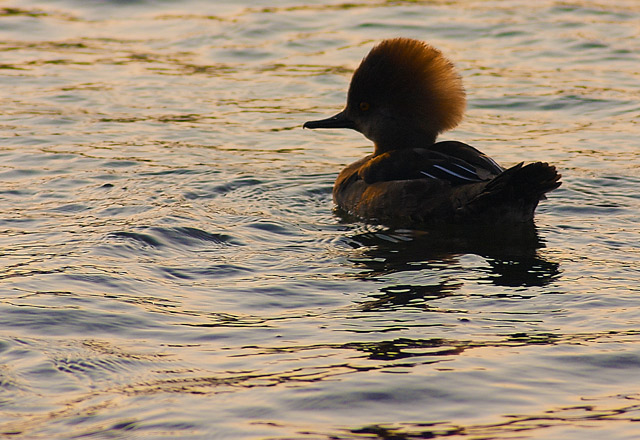 The little Merganser puts on quite a show when she’s diving. I counted roughly 15 seconds went by when she dove under water.

As, I was packing up my camera I noticed two more ducks that didn’t look like Mallards. They were hanging out in the middle of the pond. They must have arrived while I had my attention focused on the Merganser. With limited daylight I tried to get a long shot photo of what turned out to be a male and female pair of Ring-neck Ducks. Whatbird.com says that they never gather in large flocks and Iowa is part of their migration path north. I searched for them again in the morning but they had gone. Pretty cool!

About the Author: Matt

I launched Iowa Parklands in November of 2012. It’s an enjoyable way to blend my interests in design, fitness and outdoor places in Iowa. — Matthew 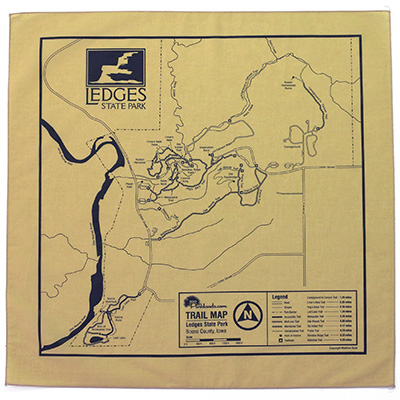